Why did my Refuse (Garbage + Recycling) Rate Change? 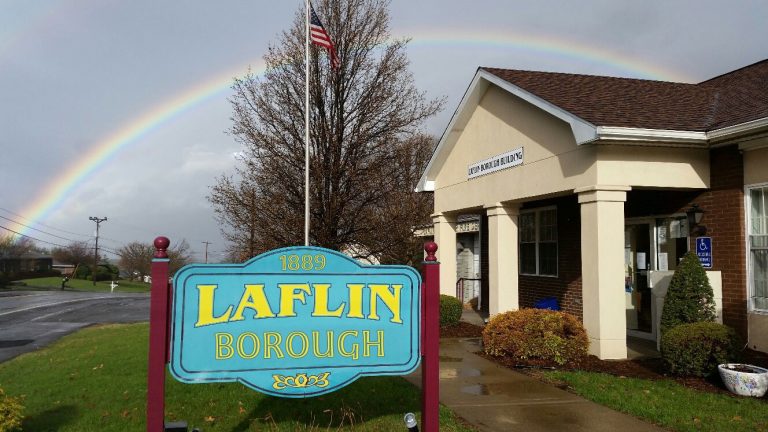 On behalf of all Laflin Borough Officials, we would like to extend a warm welcome to you.

We are providing this website as a service to our community and our visitors as well. If you would like anything added to this web site that would benefit our community please feel free to email us at LaflinBoro@comcast.net

Laflin Borough Council publicly advertised for Refuse Collection Bids for a four-year contract term since its existing contract for these services was to expire on 1/31/2021.  Laflin Borough, however, only received bids from 2 refuse collectors who were interested in servicing our community.  Unfortunately, both bids received would result in a substantial cost increase for both refuse and recycling collections.  County Waste, a GFL Company, was the successful low bidder.  The bid proposal received from J.P. Mascaro & Sons, who handled collections for the borough for many years, was approximately $157,000 higher ($39,250 per year) than County Waste for the same four-year contract term.  Although being the responsible low bidder, County Waste, was still substantially higher than the Borough’s 2020 former contract at an additional cost of approximately $42,863 per year.  The result of this additional annual increase is that Laflin Borough will need to increase annual refuse rates by $50.

A substantial reason for the increased costs from refuse haulers is due to the market changes in the recycling industry.  The market demand for recycled materials has declined resulting in higher disposal costs for haulers.  Most local governments are struggling to adapt to this new reality as evidenced by some municipalities cancelling their respective recycling programs in their entirety or eliminating certain aspects of them such as glass recycling.  Laflin Borough remains committed to its existing recycling program and believes the impacts of it on the environment outweigh its recent additional costs.

Laflin Borough remains focused on controlling costs and mitigating any incremental costs it can.  Its approach has been successful over the years as evidenced by keeping its refuse costs and associated fees stable since 2008.  It should be noted that all aspects of its garbage and recycling program will continue uninterrupted for the next 4 years with a weekly allowance of 6 bags of trash, 1 monthly bulk item and biweekly recycling pick-up.  Note the recycling pick will now be every 2nd week as compared to twice monthly in order to reduce the amount of time required for the storage of recycled material by residents.

Please contact the borough office regarding the new collection services or with any questions relating to this rate increase.   You can reach the borough at (570) 654-3323 or at LaflinBoro@comcast.net.